You Thermal insulation is a vital energy ­saving staple in residential, commercial, and industrial enterprises. Versi-foam is an easy to use spray foam insulation product. With innumerable insulation products out in the market, choosing an insulation material that is both economical and easy to install can be difficult.

Bellis Australia is the official distributor of Versi-­Foam Spray Foam Kit in Australia. Versi­-Foam is one of our most versatile product and you can use it in most applications where you need thermal insulation.  It is the top choice for our customers, especially insulation professionals and contractors. The Versi­-Foam two­-component expandable polyurethane system is self­-contained so you don’t need an outside power source to use it.

Bellis sells Versi­-Foam spray kits in both open and closed cell polyurethane foam systems. A closed cell foam kit has better thermal insulation properties as compared to the open celled foam kit. Its R­-value is higher per metre. The closed cell prevents moisture build up and is mould resistant while open celled foam kits have a higher expansion rate, which means you don’t need as much foam to complete a project. Versi­-Foam comes in three standard sizes.  Each size System is a different sized, where System 10 is the smallest and System 50 is the largest.  Both System 10 and System 15 are single box sizes, while the more economical System 50 comes in two boxes.  Each kit has it’s trade off depending on what your use is, so talk to the experts at Bellis to find out more

Some of the benefits of Versi­-Foam include the following:

Hydrofluorocarbons (HFCs) are a type of synthetic greenhouse gas, mostly used in refrigeration, air-conditioning equipment and also used as a foam blowing agent.

HFCs generally have a high global warming potential (GWP) which means they have a greater ability to trap heat in the atmosphere compared to a similar mass of carbon dioxide (CO2). 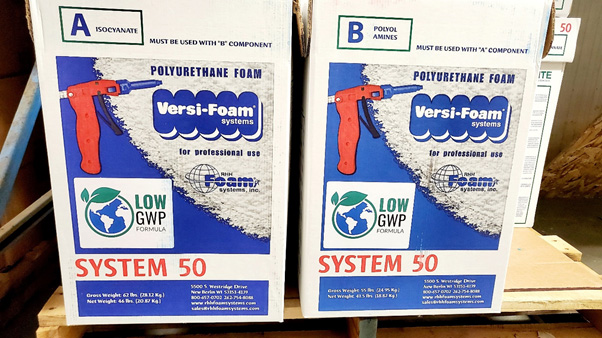 Representatives from Australia and most of the other 196 countries that are parties to the Montreal Protocol reached a global agreement on reducing hydrofluorocarbon (HFC) emissions when they met in Kigali, Rwanda, from 10 to 14 October 2016.

The HFC phase-down is a gradual reduction in the maximum amount of bulk HFCs permitted to be imported into Australia, which started on 1 January 2018. It is managed through a quota system on imports.

A phase-down schedule was developed for Australia, in consultation with industry, to meet Montreal Protocol requirements. Australia’s phase-down has regular, smaller step-downs than the Montreal Protocol requirements. The annual starting limit of HFC imports was 8.0 million tonnes CO2-emissions. The 15% residual import limit from 2036 is 1.607 million tonnes CO2-emissions. This residual import limit will be an ongoing import limit. 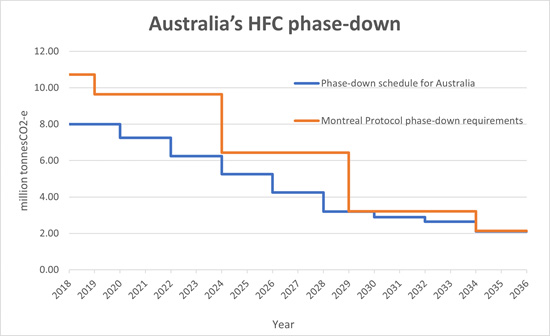 In industrial applications, HFC’S are widely used as a foam blowing agent for spray foams. Blowing agent technology has evolved over the last few decades, greatly reducing environmental impact. Fourth generation blowing agents based on Hydrofluoroolefin (HFO) technology have reduced the GWP to be equivalent with CO2.

Bellis Australia being one of the major suppliers of foam insulation products which are environmentally friendly and comply with the government regulations, we initiated to use HFO’S instead of using HFC’S.

Our VERSI FOAM products are formulated with an ultra-low global warming potential blowing agent based on HFO technology which has very low GWP, HFC-free and has very little impact on the ozone layer which is equivalent to the impact of CO2.

For Versi-foam specifications and any other information, please visit the Versifoam website.

Bellis Australia is the approved supplier of Versi foam from RHH foam systems in Australia.